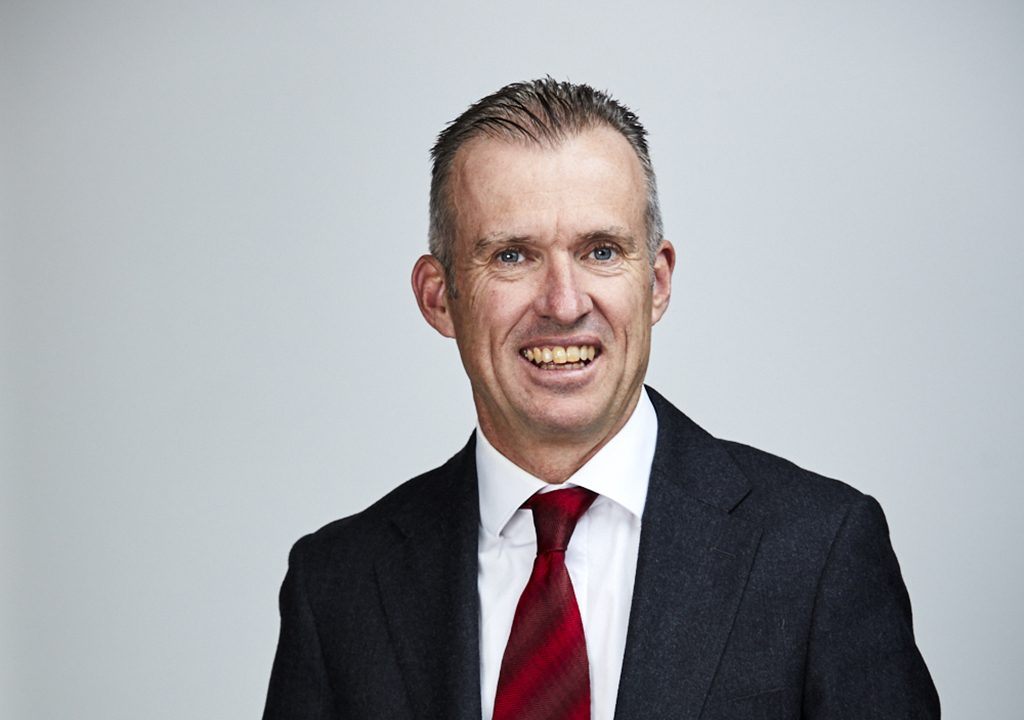 Consistent with the commercial+international philosophy of the firm, Shaun has practiced for over a decade in assisting clients identify, protect and commercialise their valuable intellectual property rights in Australia and internationally.

He has acted for some of Australia’s best known brands across a number of industries including information communications and technology, biotechnology, broadcasting, health, sport and wine. His brand protection and commercialisation services have encompassed securing Australian and international trade mark rights (registration and defence), certification of trade marks and shape trade marks, and the drafting and negotiation of commercial and IP rights agreements. These include international distribution agreements, trade mark licences, content supply agreements, product supply agreements, sponsorship agreements, joint venture agreements and franchise agreements.

Shaun represents ICT companies in their B2B and B2C transactions. This includes end user licence agreements, teaming agreements such as re-seller agreements and strategic alliance arrangements, and consumer and privacy law compliance. For start-up ventures, he is experienced in drafting founder agreements, securing IP rights in one or more jurisdictions, drafting terms of supply, and advising on regulatory compliance.

Shaun has extensive government procurement experience and expertise, especially in the ICT area, having been Senior Legal Counsel at Airservices Australia for more than eight years. In that capacity Shaun has handled contracts for the supply, installation and maintenance of complex radar systems, telecommunications systems, software (including software as a service) and hardware. He has a strong working knowledge of the Commonwealth Procurement Rules which is critical for representing the public and private sectors alike in major government-related transactions.

Shaun also adds to the sports law, governance and administration credentials of Moulis Legal, and counts many national sporting organisations, professional sporting teams, athletes and organisers of sporting events amongst his list of valued clients. He has been in-house legal counsel with the Australian Sports Commission, Melbourne 2006 Commonwealth Games Corporation and the Melbourne Stopover of the Volvo Ocean Race. Shaun is a former Director of Athletics Australia, the Canberra International Film Festival and the ACT Olympic Council. He was the President of the ACT Olympians Club from 2008 to 2012, has been a National Track & Field Selector since 2012, and is currently the Chairman of the Physical Activity Foundation.

Prior to studying law, Shaun was a professional track and field athlete. He competed for Australia in the 1996 and 2000 Olympic Games and still holds the Australian 3,000m Steeplechase record. He graduated with a Bachelor of Laws (2002), and has a Master of Laws in Intellectual Property (2008). In addition to being a specialist intellectual property lawyer, Shaun is a registered Trade Marks Attorney.

Outside of work, Shaun can be found trying to combine his interests in sport, events and wine, but not necessarily all at the same time. 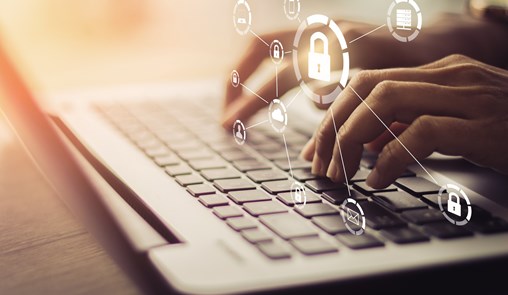 A general lack of clarity has led to poor levels of compliance, and many Australian businesses have got used to treating customer information as an asset rather than a liability”. Moulis Legal’s special counsel, Graeme Fearon, provides an insight into the most interesting current trends on data breaches. The World Anti-Doping Code (WADA Code) has traditionally applied the legal principle of strict liability to anti-doping rule violations. Sanctioning of athletes by the Court of Arbitration for Sport (CAS) may take into account factors which could be considered unintentional doping. Sporting events need officials to umpire/referee the competition. Inevitably, not everyone will agree with all decisions made by these officials. From professional football codes to the local sporting field, there are ‘controversial’ decisions made every weekend around the globe. 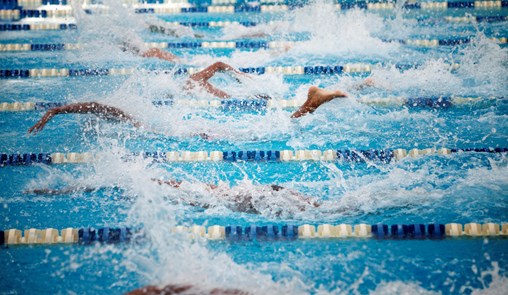 Olympic fever risks (other than COVID-19)

Within the same week, the Tokyo Olympic Games finally got underway after a 12-month delay, and Brisbane were awarded the rights to host the 2032 Olympic Games. Olympic fever (often called five ring fever) is in full flight. 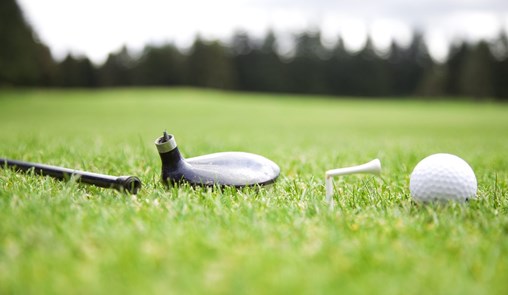 Watch this space: Hamilton trade mark does not belong to Lewis

The name ‘Hamilton’ means a lot of things to a lot of people. To F1 motor racing fans, it clearly is a reference to British racing car driver Lewis Hamilton. For watch aficionados, it may be a reference to watch company Hamilton International, which was founded in 1892 and subsequently acquired by Swiss watch maker Swatch Group. Checking out data protection and privacy in Check-In CBR app

As Australia starts to ease out of COVID lockdown, the ACT Government has announced that the capital’s cafes, restaurants and bars can begin to welcome more customers, provided they sign up to the Territory’s bespoke Check In CBR app.

The famously anonymous street artist Banksy has lost a legal challenge concerning one of his best-known works, “Love is in the Air”, also known as “The Flower Thrower”. Full Colour Black, a UK greetings card business, successfully contested Bansky’s application to register the painting as a trade mark, in a case which neatly highlights the differences between trade mark rights and copyright.

It has recently been reported that Tom Petty’s family have issued a cease and desist warning aimed at preventing the US President Donald Trump from using Tom Petty songs at or in conjunction with presidential campaign events.

The lid has been lifted on intellectual property rights associated with peanut butter trade dress and branding. This interesting trade dress case sees Kraft all dressed up with no place to go, other than an appeal to the High Court.

Taking the fun out of fundraising

In the wake of the 2019/20 Australian Bushfire crisis, comedian Celeste Barber took to Facebook to launch her NSW RFS bushfire fundraiser, with the intention and constant reassurance that the funds would be going to those victims who needed it most.

Defending a stairway to heaven

Led Zeppelin band members and fans were relieved when a recent decision of the 9th US Circuit Court of Appeals preserved the jury verdict that the Led Zeppelin iconic rock song “Stairway to Heaven” did not infringe the copyright of the Spirit song, “Taurus” (the Stairway to Heaven case).

When ‘game on’ becomes ‘games off’

March 2020 should have been a big month in Australian sports and events. The NRL and AFL seasons were due to begin, the Formula 1 Grand Prix returned to Melbourne, and a number of sports were to conduct their trials for the 2020 Olympic Games and Paralympic Games in Tokyo.

Those watching the recent National Rugby League Grand Final staged in Sydney on the weekend saw that the rub of the green did not go the way of Canberra’s “Green Machine”.

Information security – make your own rules

Reports last week about the hacking of the political think-tank Lowy Institute and of the question-and-answer website Quora were met with different responses by the affected parties. Reportedly, the Lowy Institute declined to comment, citing a policy of not doing so on security matters. 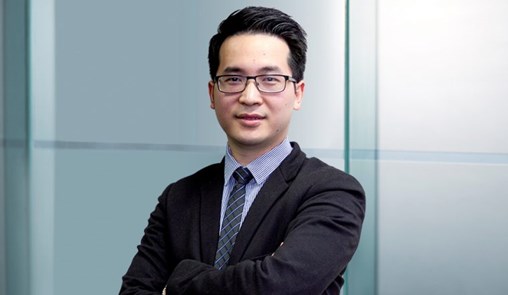 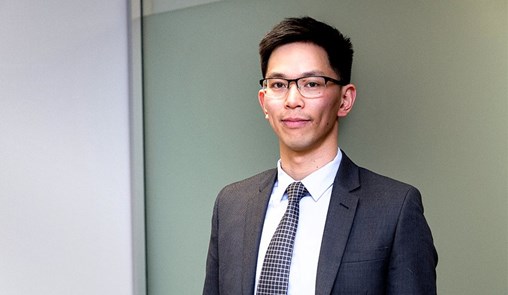 Moulis Legal is pleased to announce the appointment of Warren Wong as patent and trade marks attorney, based in our Canberra Office.

Cybersecurity, like money, is one of those things that become screamingly important when there is a lack of it. Compliance is widely recognised to be a critical component of cybersecurity. This article considers how an in-house counsel and other legal practitioners can support a corporate client in pursuit of better compliance in cybersecurity.

When you can’t let the dogs out – agreements that bite

Des Hasler was sacked as coach of the Canterbury Bulldogs Rugby League team on 19 September 2017. In April 2017 it was reported that Hasler and the Bulldogs had agreed to a two year extension to Hasler’s coaching contract. Or did they?

Making sure your business can be found easily on the World Wide Web is big business. Search engines like Google are constantly changing who they put first, second, third, and one millionth in their search results. How high a business ranks depends on how it attracts the attention of Google’s algorithms.

In social media, it is sometimes hard to work out whether information about a product or service is genuinely the opinion of a third party, or whether it has been encouraged or positioned by an undisclosed advertiser.

How to take over the world… with your trade mark

Our clients are often surprised to learn that their registered Australian trade marks do not apply in other countries. However, like other forms of registered intellectual property rights, it’s true – trade marks are only registered on a per country basis.